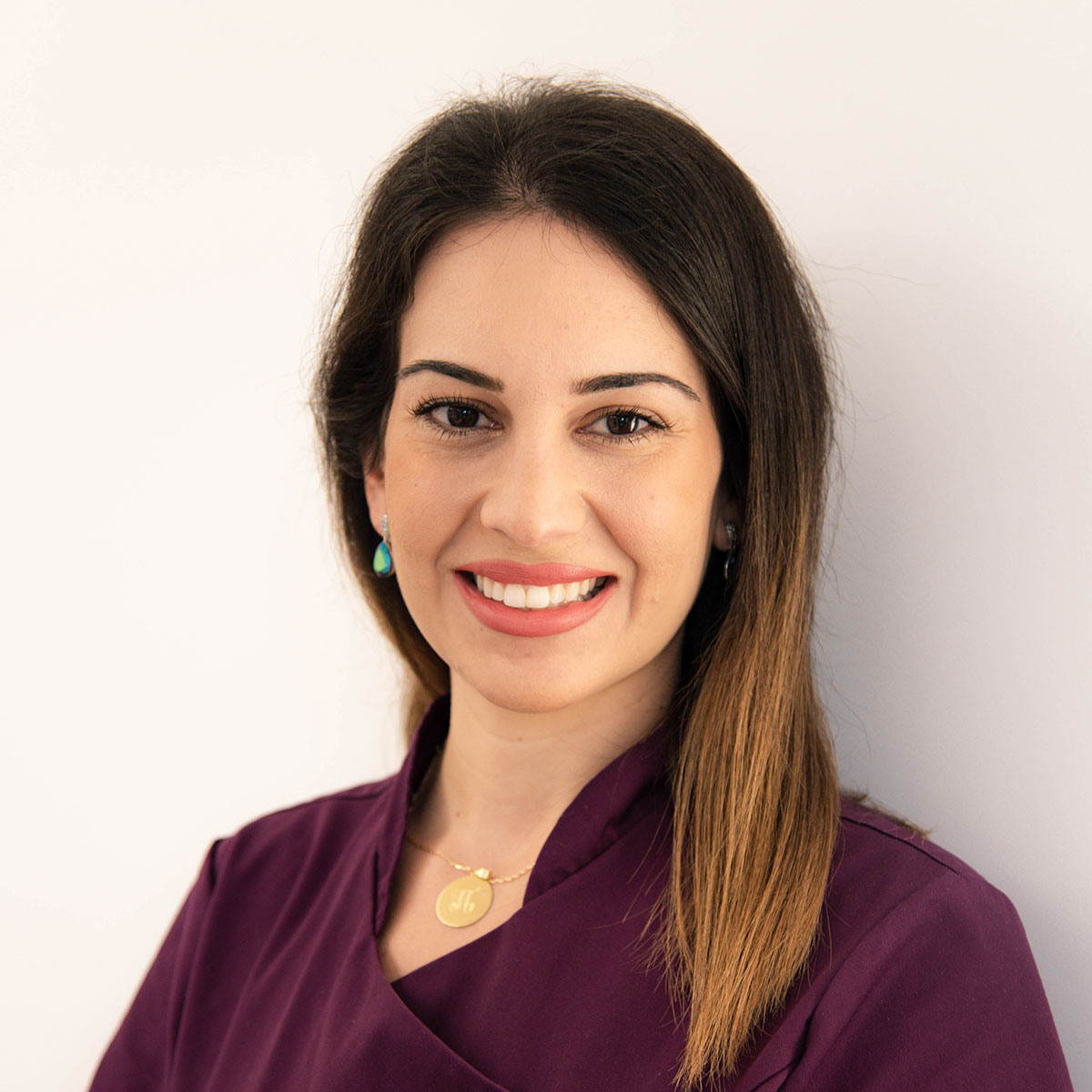 Polytimi Paschalidi is a graduate of the 3rd General Lyceum of Kifissia with a grade of Excellent. She graduated from the School of Dentistry of the National and Kapodistrian University of Athens in 2014. During her undergraduate studies she worked in a Maxillofacial Surgery Practice participating in surgeries under local and general anesthesia while she often participated in surgeries and in the maxillofacial surgery clinic. She has excellent knowledge of English, German and French.

From 2014 to 2017 she worked as a general dentist in a private clinic practicing the whole range of dentistry. At the same time she remained at the Clinic of Oral and Maxillofacial Surgery of the University of Athens, closely following and participating in the activities of the clinic. In 2016 she officially started the specialty in the above clinic practicing the whole range of oral surgery and implantology at the University Clinic, at the Children’s Hospital “P & A Kyriakos” and at the General Hospital of Athens “Evangelismos” and graduated with a grade of “Very Good” in 2020. She is now a PhD candidate and research associate at the University of Athens. Her research activity concerns the medication related osteonecrosis of the jaws with interesting studies that are in progress.

Since 2017, she practices exclusively the whole range of Oral Surgery and Implantology in her private practice in the Municipality of Dionysos as well as in collaborating clinics.

She actively participates in many national and international conferences in Greece and abroad with oral presentations and posters. She has also published a sufficient number of scientific articles in Greek and foreign journals. She is a member of the Hellenic Head and Cervical Cancer Society, Hellenic Dental Society of Oral Surgery, Oral Pathology Society of Greece, FERA (Hellenic Academy of Facial Aesthetics and Rejuvenation Academy of Greece) and also member of international companies such as the Εuropean association of Osseointegration (EAO) and ITI (International Team of Implantology).