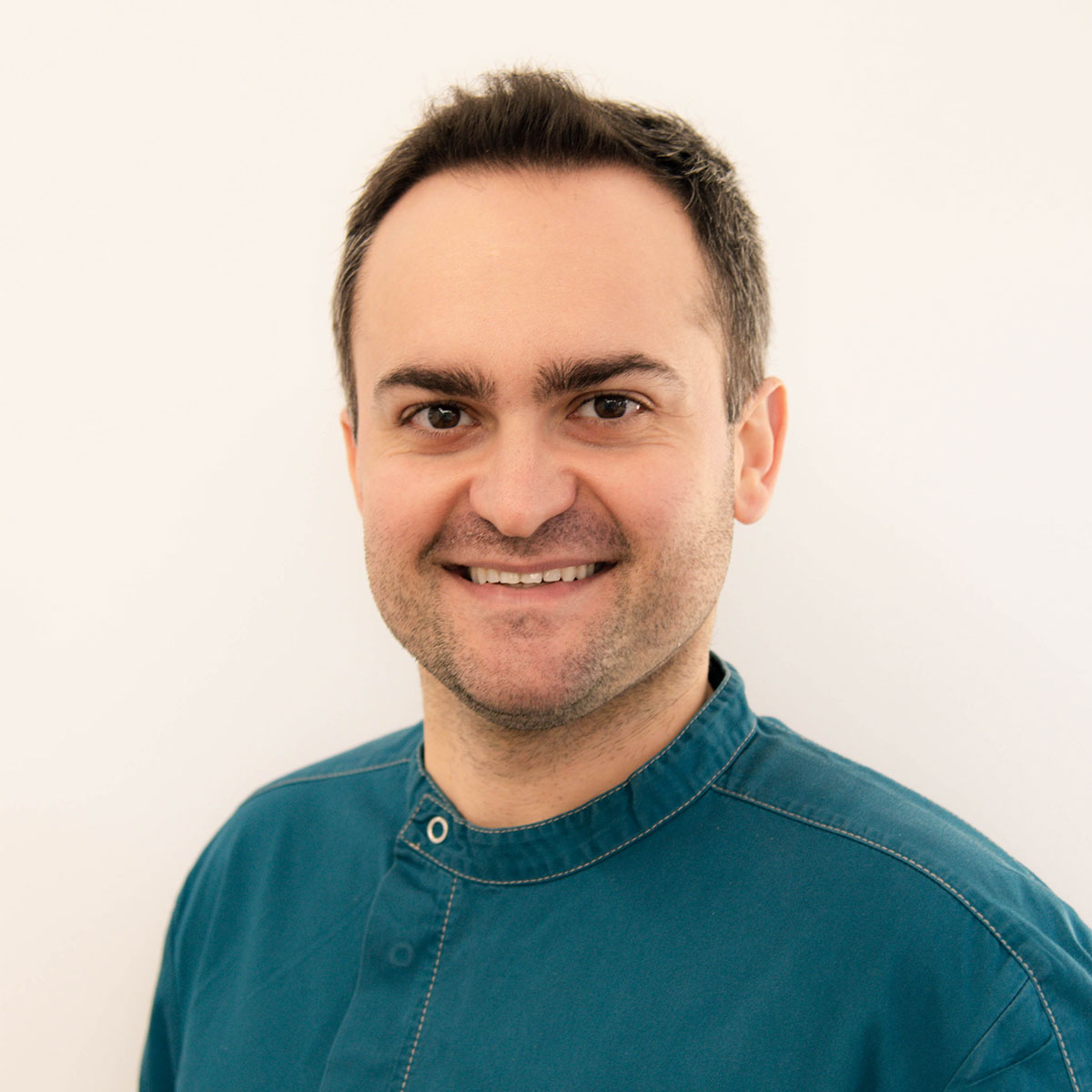 Alexis Katsadouris is a high school graduate of the German School of Athens with an excellent degree. He graduated from the School of Dentistry of the University of Athens in 2010. Then, as a scholarship holder of the State Scholarship Foundation (IKY), he continued his postgraduate education and specialization for four (4) additional years at the School of Dentistry of the University of Athens, obtaining a Master of Science degree in Orthodontics with an Excellent degree. After the successful completion of the examinations by the Central Committee of the Health Council (KESY) of the Ministry of Health, he was awarded the title of Specialty of Orthodontics.

From 2010 to 2011 he volunteered his services at the Army Share Fund Nursing Institution (417 NIMITS) as a dentist. In the period 2011-2012 he worked as a dentist and orthodontist at the Naval Hospital of Athens (NNA) during his military service. Since 2012 he practices exclusively the specialty of Orthodontics in his own practice in Drosia, Attica (Municipality of Dionysos) as well as in other collaborating private practices in Attica.

He actively participates in conferences, seminars and workshops both in Greece and abroad, in order to offer his patients the best services, combining the latest developments in the field of Orthodontics. He is certified in the modern methods of Orthodontics with invisible splints Invisalign, Orthocaps, Clear Aligner as well as in the lingual techniques such as Incognito and Win. He is an active member of several orthodontic companies worldwide such as the Society of Orthodontics and Maxillofacial Research (EOGME), the “European Orthodontic Society (EOS)”, the “American Association of Orthodontists (AAO)” and the World Federation of Orthodontists (WFO) “.

He is the author of scientific articles published in international scientific journals. He maintains an undiminished interest in learning and research, participating in research in collaboration with the National and Kapodistrian University of Athens. He also participates in the educational process of undergraduate and postgraduate students of the School of Dentistry as a Scientific Associate of EKPA.

The doctor’s office provides all the modern methods of orthodontic treatment for the treatment of occlusal problems regarding the position of the teeth as well as occlusal disorders of the jaws in both, adults and children.